LSOG's Mission is to provide seniors age 50 and over, quality venues to participate in a variety of athletic, recreational and social activities, all of which promote wellness and an active lifestyle.

LSOG held the first Louisiana Senior Games in 2001. Since that time LSOG has been able to expand the games, and increase participation to current levels. 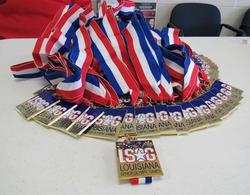